In this course, you will explore the ZooKeeper framework in tandem with IBM BigInsights modules and Java to learn how to develop and manage distributed applications in the domain of Big Data. Real-world examples will be used to contextualize and motivate further study.

ZooKeeper allows developers to handle these challenges to create robust distributed applications. ZooKeeper comes with a set of guarantees: sequential consistency, atomicity, single system image, reliability, and timeliness. This course will help you learn how to use ZooKeeper to keep your Big Data applications running smoothly despite the challenges of operating in a complex distributed environment.

What will I get after passing this course? 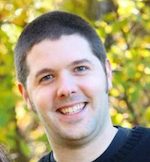 Aaron Ritchie has worked in the Information Management division of IBM for over 8 years and has held a variety of roles within the Center of Excellence and Education groups. Aaron has worked as an IT Specialist, Learning Developer, and Project Manager. He is certified in multiple IBM products and enjoys working with an assortment of open-source technologies. Aaron holds a Bachelor of Science in Computer Science degree from Clarkson University and a Master of Science in Information Technology degree from WPI. 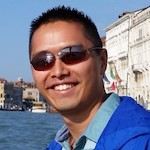 Henry L. Quach is a Software Engineer with IBM for 7 years. He has worked in the Information Management education where he has developed numerous applications including an internal education tracking system that is widely used within the organization. He is a learning technology developer actively involved in creating and deploying eLearning courses. He is also part of the Mobile Innovation Community developing mobile frameworks for Information Management courses. Henry has a Bachelor of Science in Computer Science and a Master of Science in Software Engineering from San Jose State University.